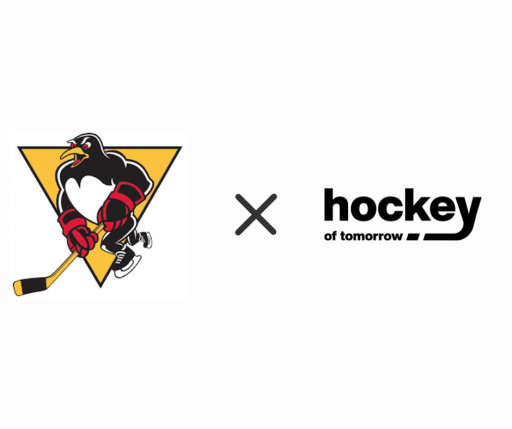 
Lipsweater, a collective of over 120 NHLers and Olympians working on web3 infrastructure for the hockey world, today announced the launch of Hockey of Tomorrow, an innovative program focused on bringing hockey into the future. It did so by introducing its first professional organization as a member, the AHL affiliate of the NHL's Pittsburgh Penguins, the Wilkes-Barre/Scranton Penguins.

Hockey of Tomorrow is a pioneering program that provides insight for new sports technology, a test-and-learn application of web3 opportunities for players and fans, and opens up discussions on the cultural issues surrounding the sport of hockey. The Penguins have joined the program in hopes of exploring new innovation opportunities for the organization, as well as playing an impactful role in moving the sport forward.

The Penguins and Lipsweater, a new technology company focused on building out the digital hockey economy of the future, will form a strategic relationship to test run certain player-fan engagement activities. With the advent of digital ownership and the empowerment of the player-fan relationship upon us, the playground for what's possible in the near future is incredibly exciting. "We've been dipping our feet in the web3 space over the past year," said Brian Coe, VP Operations at the Wilkes-Barre/Scranton Penguins. "We pride ourselves on being an innovative, forward-thinking organization, just like the team at Lipsweater. The hockey world, as well as the world of web3, is always changing. We are thrilled to join with Lipsweater in the Hockey of Tomorrow program, which will help us learn, adapt and get every stakeholder engaged, whether that's the pro players, the fans or the community at large."

"We're super excited to be working with Brian and the AHL Penguins. This is an exciting step for our community and the Hockey of Tomorrow program," said Thomas Sychterz, Lipsweater founder and CEO. Hockey of Tomorrow will offer members a blend of positive-change educational curriculum with Fractional Chief Innovation Officer support and access to leverage a unique GenZ media outlet. It already runs a successful daily Twitter talk show, a weekly newsletter, a vivid Discord community, a podcast and plans to create engaging content with its collective of hockey stars.

The program will aim to recruit more professional hockey organizations and include corporate partners in order to collectively make the game move forward. In the Penguins case, Hockey of Tomorrow will initially host a season-debut Q&A session with the team and offer up to five free feedback sessions directly from players to kids and parents that are curious to gain the players' insights on various topics.

November 22, 2022 NewsEditor Comments Off on GWSO is Moving Forward to Become a Leader in Green Tech With Transformative Technology