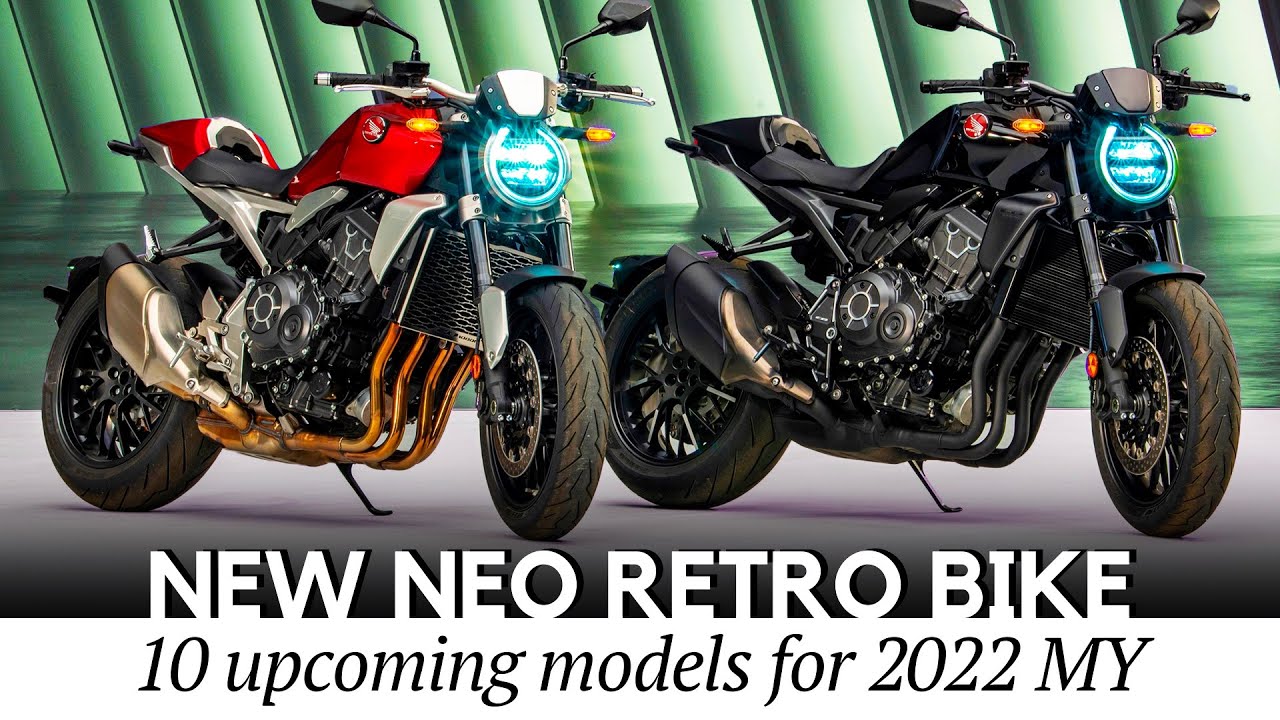 Retro styling is irresistible, but let’s be real, in 2022 who would want a dim incandescent lamp, old underpowered engine and an ancient suspension setup? The time has come for the neo retro motorcycles to finally take over. They keep the old-school looks, but light the road with powerful LEDs, rumble with modern mills and ensure rider’s safety with sophisticated electronics. By showcasing the latest models from the class today we will prove to you that the new generation of retro is worth every!

Before we proceed, here are other noteworthy videos about bikes at #AutomotiveTerritory:

Rundown of all vehicles in this #ATmotorcycles video:

Ducati’s fist air-cooled twin cylinder engine is turning 50 this year, and to mark the occasion, the company is launching the 2022 Scrambler Ducati Tribute Pro.

Labeled to be the highest specification Speed Triple on the market, the new 2022 Triumph Speed Triple 1200 RR builds on the previously released 1200 RS. Its major upgrade is a more sophisticated suspension setup, represented by Ohlins fully adjustable 43mm fork and piggyback reservoir shock.

2022 Kawasaki Z650RS offers a classic look, clearly inspired by the 1970s Z1. It especially stands out when the bike is wearing the available Candy Emerald Green body color.

Originally introduced as a follow up to the MT-09 naked in 2016, Yamaha XSR900 is now being reborn as a second-generation model.

Honda CB1000R Black Edition applies black-out treatment to the brand’s flagship neo-sport cafe roadster. Except for a few machined aluminum details on the wheels and engine covers, every other exterior element of the bike rocks a dark treatment contrasted with graphite tank covers and rear pillion.

We might all know the FTR1200 as Indian Motorcycles’ assault on the scramblers class, but in 2022 the American brand is making a switch in the philosophy of the model going for a more street oriented Naked class.

In 2021 Motoguzzi celebrated a centennial and to mark the occasion they gave their longest running nameplate a significant makeover. The V7 has been around for more than 50 years, so Italians do not mess too much with its iconic DNA and classic styling.

The neo retro segment is not limited only to mid-size nakeds. The Honda Monkey is a nostalgia inducing model with a mini moto body style, but contemporary engine, lighting and electronics.

Want to make 2022 your year of fitness? These Newport gym owners have some tips to share.

December 28, 2021 Comments Off on Want to make 2022 your year of fitness? These Newport gym owners have some tips to share.

Sean McCawley, Fit for Life: Do I need a protein supplement?

April 1, 2022 Comments Off on Sean McCawley, Fit for Life: Do I need a protein supplement?