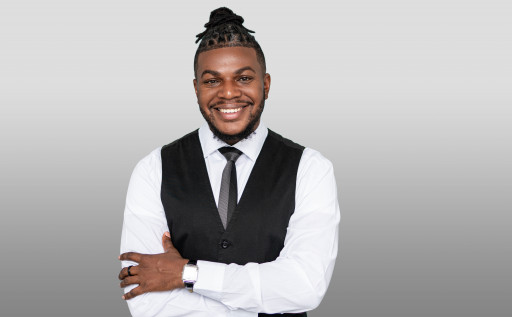 Mayo brings over a decade of marketing and communications experience to one of the largest community access networks in the nation.


Chicago Access Network Television (CAN TV) has announced the appointment of Richard L. Mayo II as Chief of External Affairs. Mayo will join CAN TV after serving most recently as Senior Director of Marketing & Communications at McCormick Theological Seminary. He brings over a decade of experience in marketing, communications, nonprofit operations, and creative leadership in diverse communities.

"We're so excited to welcome Richard to CAN TV as we work in the coming months to make one of the largest and most prominent community access networks in the nation even better," said Darrious Hilmon, Executive Director of CAN TV. "This fall, CAN TV is expanding its prime-time lineup, launching new podcasts, making it easier to stream content online, and more. Richard will help reintroduce CAN TV to our long-time fans and ensure more Chicagoans know about this unique local resource."

Mayo is excited about the opportunity and ready to continue to build on the great work, and legacy, of CAN TV.

"CAN TV truly puts the HYPE in hyper-local and I am excited to continue the work of platforming the views and voices of communities that are often overlooked and underrepresented," said Mayo. "There is no city like Chicago and there is no better place than CAN TV to see the latest and greatest of our city, listen to the various perspectives of its citizens, and grow together in community. Let's go!"

Mayo will support recent initiatives to grow the station as it evolves to represent the way people consume media today. This month, the network's new website went live. It includes 24/7 live streams of CAN TV's four program channels and on-demand episodes for popular shows. Also this month, the network launched a new signature programming blockfive new programs airing weeknights at 7pm CT. The shows are a mix of interview and conversation formats featuring local news, culture, politics, and community leaders all hosted by Chicagoans, featuring stories about Chicago. The network is also launching a slate of new podcasts.

In addition, CAN TV is improving the measurement of its audience and impact through a partnership with Nielsen, a global leader in audience insights, data and analytics. CAN TV will continue offering its popular no-cost, low-cost training programs that teach media production skills and train future CAN TV producers.

Chicago Access Network Television (CAN TV) is an independent nonprofit established in 1983 as the public's space on cable television, free of commercials, filters and censors. It is one of the largest and most prominent public, education, and government (PEG) programming providers in the nation. CAN TV airs the diversity of people and ideas that reflect Chicago, including voices often excluded from the mainstream media on five channels.

Sean McCawley, Fit for Life: Your relationship with exercise

February 17, 2022 Comments Off on Sean McCawley, Fit for Life: Your relationship with exercise

Why exercise can improve one difficult to treat mental health disorder

January 16, 2022 Comments Off on Why exercise can improve one difficult to treat mental health disorder