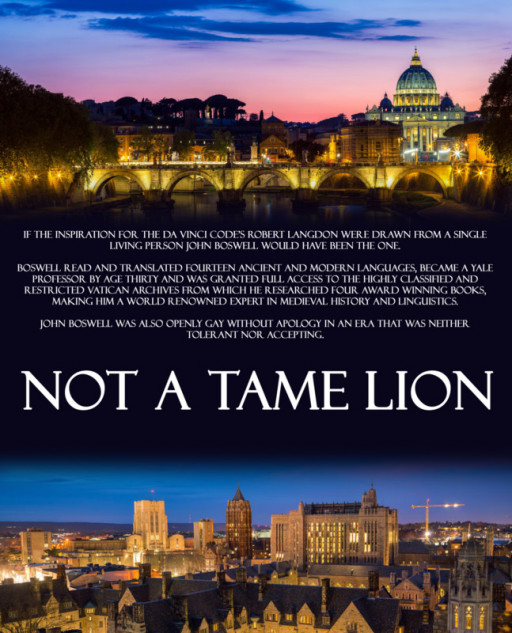 An amazing debut for the Indie Documentary Feature

NOT A TAME LION, the Documentary Feature, recounts the life and works of John Boswell, the Yale Professor who read and translated 14 ancient and modern languages, became a Yale Professor by age 30 and was granted full access to the highly classified and restricted Vatican archives from which he researched four award-winning books, making him a world-renowned expert in Medieval History and Linguistics. John Boswell was also openly gay without apology in an era that was neither tolerant nor accepting. NOT A TAME LION offers first-hand accounts of Boswell's closest friends, students, colleagues and family members as they recount his life, his works and his final days during which he feverishly worked to complete SAME-SEX UNIONS IN MEDIEVAL EUROPE, a book that changed the trajectory of the Marriage Equality debate, all while privately battling the debilitating effects of AIDS, which led to his death on Dec. 24, 1994, at the age of 47.

The significance of winning the top award in two International Film Festivals during the films debut weekend is not lost on the filmmakers, who express thanks to the Family and Friends of John Boswell who participated in the film's creation. According to Craig Bettendorf, the director, it's the authenticity of NOT A TAME LION that resonates with both festival juries and the viewing public as they experience the story of a person who influenced society to such a great extent but who few remember in 2022.

Treading Yesterday LLC focuses on the creation of LGBTQ+ stories, including its original series, TREADING YESTERDAY, set to debut on the Dekkoo streaming service on Sept. 27, 2022.

NOT A TAME LION has just begun its participation in the Film Festival circuit with several more screenings planned during the last half of 2022, including Cinema Diverse, the LGBTQ+ Palm Springs Film Festival in September and the Fort Lauderdale International Film Festival in November.

NOT A TAME LION is written and directed by Craig Bettendorf, produced by Kai Morgan and represented by Alex Nohe of Blood Sweat Honey. 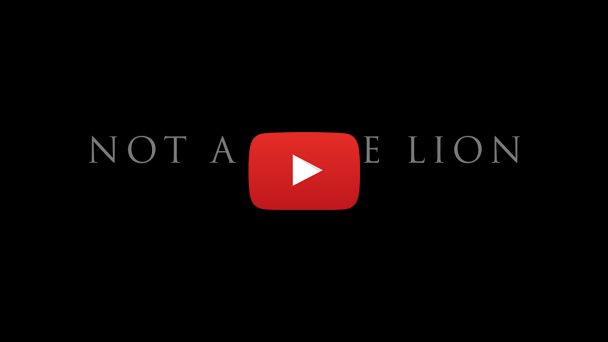 April 15, 2022 Comments Off on Meghan Markle swapped running for gym workouts to stay slim ‘Can’t run the way I used to!’

March 3, 2022 Comments Off on A Trainer Designed This Simple Resistance Band Leg Workout to Give You “Killer” Results