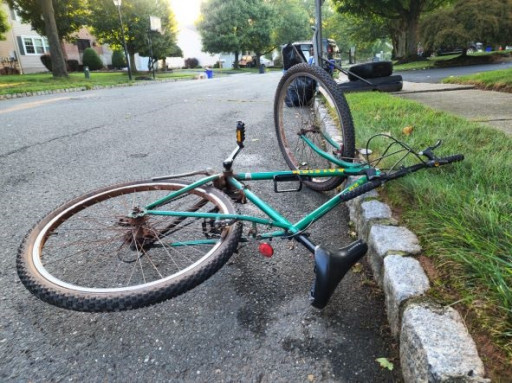 
From 2019 to 2020, more than 11,000 people who had been using drugs were treated in U.S. emergency departments for injuries that occurred while riding a bicycle, according to a new report in the Journal of Studies on Alcohol and Drugs.

"When these patients present to the emergency department, it becomes important not only to treat the injuries but also to refer patients to drug treatment in an effort to intervene and prevent further negative events related to drug use," says the report's lead author Bart Hammig, Ph.D., M.P.H., of the Public Health Program at the University of Arkansas.

Further, among these patients, typical injury-prevention measures such as helmet wearing and improved bike lanes may not be enough to reduce these incidents, as it is "unlikely that the person was riding the bike for exercise," according to the study's authors.

Such bicyclists may instead be riding because of circumstances related to a substance use disorder, such as homelessness, license revocation from a previous driving-while-intoxicated conviction or financial instability -- all of which may limit the ability to drive a car for transportation.

"This is an often overlooked and ignored population when discussing bicycle injuries," Hammig says, "but one that stakeholders such as emergency department personnel, drug treatment centers and transportation officials need to consider when trying to prevent future injuries."

According to Hammig and his co-author, Robert Davis, Ph.D., bicycle crash victims who are intoxicated often have more serious injuries than others. In the study, the reported injuries included fractures (22%) and internal organ injuries (19%), and nearly a third of patients had to be admitted to the hospital. Few injuries (1%) were concussions, but 8% of crashes resulted from drug poisonings. Because the data were recorded at the hospital, victims who died at the scene were not included.

A disproportionate percentage of the patients were men (86.4%). The most common drugs found in the system of crash victims were methamphetamine (36.4%), cannabis (30.7%) and opioids (18.5%), and nearly a quarter of patients also had alcohol in their system.

To conduct their research, Hammig and Davis reviewed 2019-2020 data from the National Electronic Injury Surveillance System, a hospital-based database. Statistics from the system's nationally representative sample of U.S. hospitals allow for estimation of the number of incidents countrywide. In this study, the researchers extracted all data for bicycle injuries related to the use of psychoactive drugs (independent of alcohol) during the study period. They estimated there were 11,314 such injuries -- 2.6% of the overall estimated 480,286 bicycle injuries in that study period.

Hammig and Davis note that, because a variety of circumstances contribute to drug-related bicycle crashes -- often overlapping and interacting factors -- prevention will be difficult. However, they note that further surveillance, data collection and study will help elucidate additional ways to prevent such injuries.

Is Yoga Alone a Good Enough Form of Exercise?

March 18, 2022 Comments Off on Is Yoga Alone a Good Enough Form of Exercise?

March 29, 2022 Comments Off on 14 makeup AND filter-free post-workout celeb selfies, from Gemma Atkinson to J Lo